Every year at Christmas-tide the St. Bees Mummers set forth around the village of St. Bees in West Cumbria, to perform their ancient play: “Alexander and the King of Egypt”. It has been performed in the area since the 1700’s, but died out in the 1920’s. Revived in 1974 to raise money for the RNLI, and 600-plus performances later, it is still going strong.

The Mummers are out and about each year in the hostelries of the village on Christmas Eve – performing their medieval melodrama – to entertain and amaze you. They also perform at the Christmas Concert in the Priory.

All proceeds go to the RNLI. 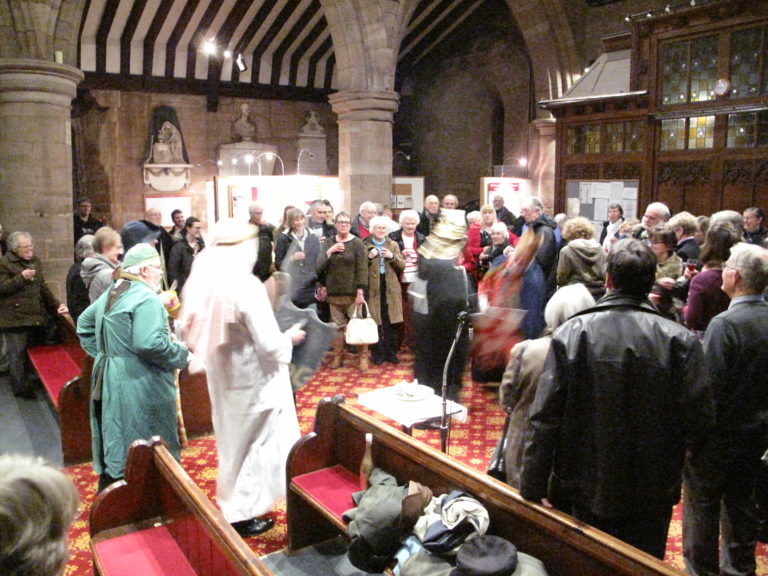