The red sandstone cliffs of St Bees Head are one of the the most dramatic features of the Cumbrian coast. The Royal Society for the Protection of Birds has owned most of the cliffs since 1973, providing viewpoints on the North Head from which the birds are best seen, and employing a seasonal warden almost every summer to census the birds, maintain the fences and attend to visitors. The cliff-top path from St Bees makes a pleasant if strenuous walk at any time of year if the weather is kind, but for the naturalist, spring and summer are the most rewarding seasons.

Here is the only colony of cliff-nesting seabirds in Northwest England, to which thousands of birds return each spring to lay their eggs and hatch their chicks before returning to the seas where they spend three-quarters of their lives. For those who know what to expect from a seabird colony, all the usual species are here, plus a few extras peculiar to the location on the edge of the Lake District. Most numerous are the guillemots, the northern equivalent of the penguin; over 5,000 crowd on to the open ledges where they jostle for the best position to lay their single egg. Their close relative the razorbill is represented by only a few hundred birds, preferring the privacy of nooks and crannies in the cliffs.

This is the only place in England where black guillemots nest, and you would be unlucky not to see one in their favourite spot – Fleswick Bay. In summer they are easily identified by the big white wing patch on the otherwise black body, and close views reveal their bright crimson legs and gapes. Among the fulmars and various gulls, about 1600 pairs of kittiwakes build their precarious nests of mud and grass on the most meagre foundations on the cliff face, and the interest is not limited to seabirds. Those typical occupants of many Lakeland crags, peregrine, raven and wheatear, seem unconcerned that their homes overlook the Irish Sea rather than screes and sheep walks.

For naturalists who prefer less mobile of the rocky shore are recognised as being of national importance, as are the geological formations of the cliffs themselves. In addition to the naturalists, there are obviously other people who wish to take advantage of the other opportunities which the countryside offers. Thus various categories of walkers follow the footpath to destinations near and far, anglers fish from the foot of the cliffs, and climbing is permitted on a short section of the North Head to the north of the foghorn. Walkers, climbers, fishermen and other users are all expected to respect the needs of the farmers and their crops and stock as well as the welfare of the wildlife. In practice, that means not disturbing the birds nesting on the cliffs, using gates and stiles rather than climbing fences, keeping dogs under control, and taking litter home. St Bees Head is big enough for us all to enjoy our particular interests if we have a little consideration for others.

This article was written by a former Warden of Hodbarrow and St Bees Head Nature Reserves. I have been unable to contact him, but I hope he does not mind us making his information available to a wider readership. 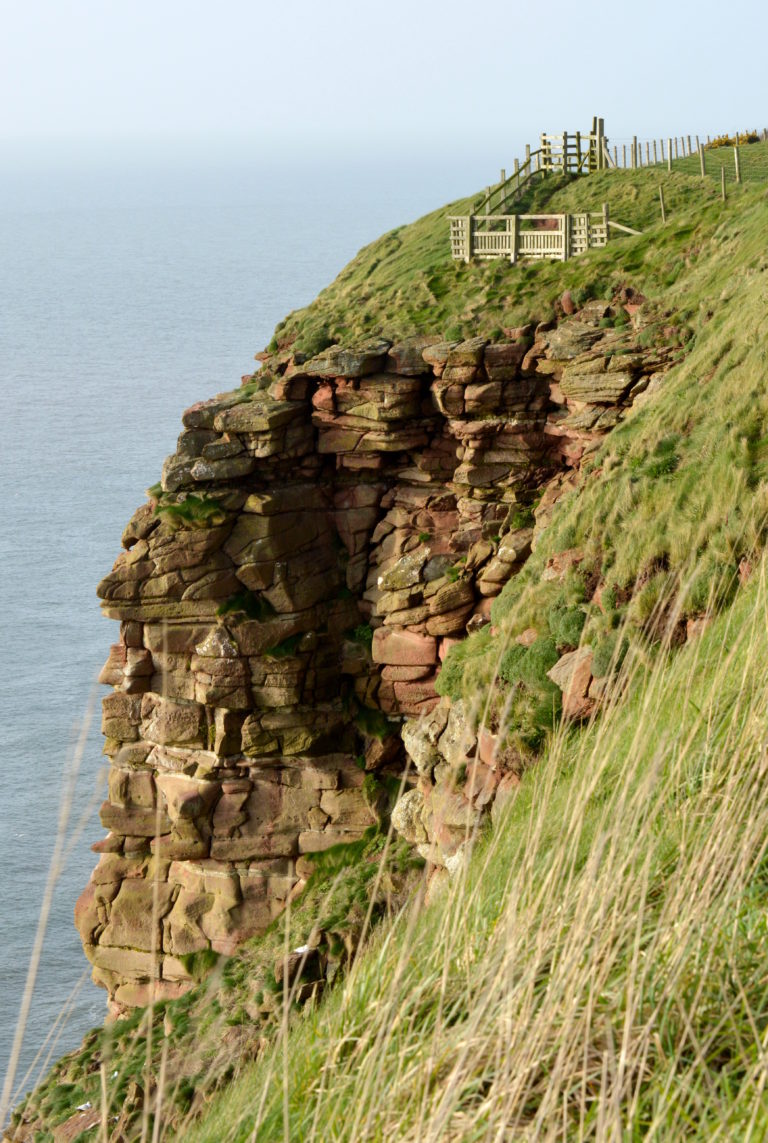