St. Bees Village Hall, also known as “Hodgett’s Club”, is an imposing sandstone building in Finkle Street, and was built in about 1882 by Alfred Hodgett of Abbots Court, as the St. Bees Liberal Club.

The Liberal following had been strong in St. Bees, but by about 1900 the building was in reality being used as a village club.

In 1924 the building was bought by the Parish Council for £850 to officially become the village hall. The money came from the “Pagan Gift”, established in 1895 by the Revd Alfred Pagan, who gave Town Head farm to the parish council. The farm had been sold and the money put into trust for the benefit of the village.

The building had a reading room and a billiard room downstairs, and a large hall with a stage upstairs. A resident caretaker lived in the house at the back. Tenants over the years included the St. Bees Unemployed Club, the St Bees Village Club Committee and the British Legion, and it was used for a wide variety of village activities, such as dances, dinners, cinema, whist drives, rummage sales, concerts, etc.

Today is is run by a village hall management committee.

The Hall is centrally located in the village in Finkle Street, and has recently had considerable repairs to bring the fabric up to standard.

There is a large ground floor hall that has recently been re-decorated and re-floored.

There is a licensed bar, and a stage with a sound system.

The toilets have been re-furbished and new heating has been installed.

Rentals are by the hour and are very moderate.

The committee is always looking for new members. 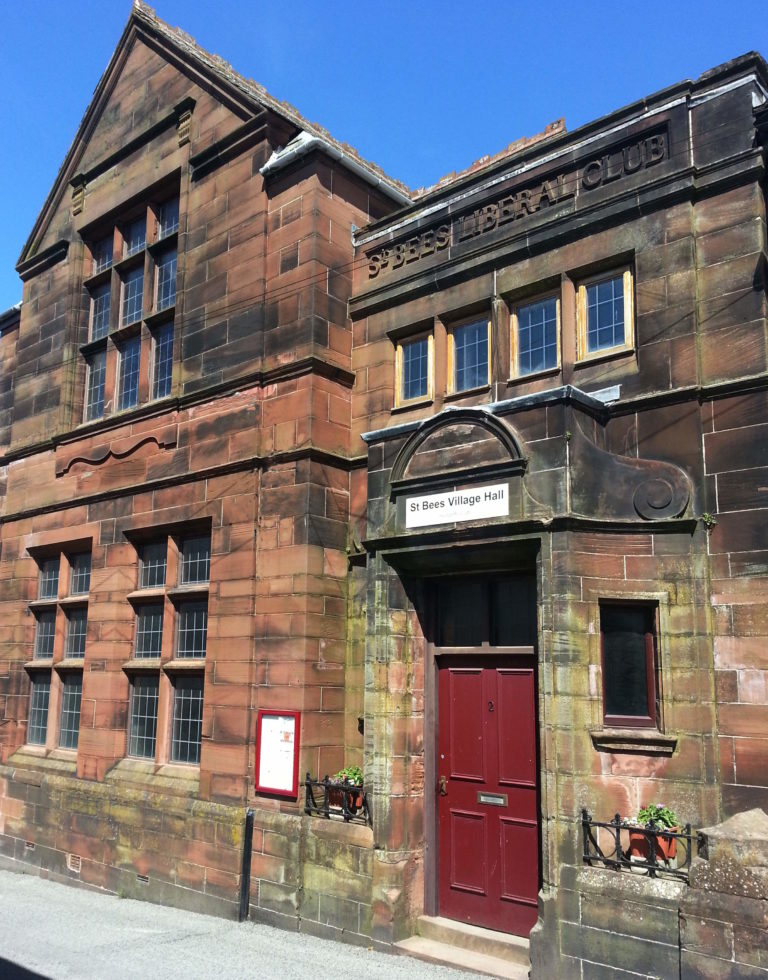