St Bees School has a long and distinguished record going back more than 400 years. Unfortunately financial  problems forced its closure in 2015, but following an agreement between Full Circle and the St Bees was rescued and re-opened in 2018.

Across the road from the Priory Church stand the oldest buildings of St. Bees School, founded in 1583, forming three sides of a Quadrangle, open to the west and facing the Church.

Called the “Free Grammar School”, the School was to provide education for boys born in Cumberland and Westmorland, who were able to pass an educational test. The School would be administered by seven governors, one of whom was to be the provost of Queen’s College, Oxford, who would appoint the Schoolmaster at a salary of £20 per year. The term “free” meant it was free of Church juristriction – as opposed to many contemporary schools which were often attached to Cathedrals or Colleges – not that it cost nothing to attend. The school was to be built at a cost of £366.3s.4d. and endowed with annual revenues of £50.

Although the foundation was to be sometimes at risk in its early years a school building had been erected by 1588 and a tradition of learning had begun which has continued without a breakfor four centuries. 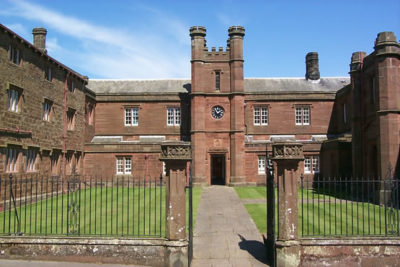 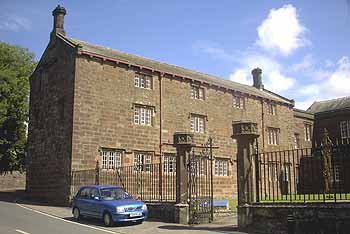 The original Foundation block of 1587-88. This forms part of the present quadrangle. The blocked up doorway of 1587 can be seen in the gap between the lower windows.

INGREDERE UT PROFICIAS – Enter so that you may make progress”.

The first Headmaster was Nicholas Copland B.A., who was appointed by Grindal before he died, and the school seems to have been operating under him by about 1588. He was assisted by an Usher, whom Grindal stipulated should be someone “that understandeth the Grammar and can write a reasonable hand”. Three of Copland’s students became scholars of Pembroke College, Oxford. Only three days before his death Grindal had published statutes for the school; a series of specific regulations which have often been used by historians of Tudor education. Amongst its rules it states of the pupils; “That they shall resort to school every working day by seven of the clock in the morning, and remain there until eleven, likewise after dinner they shall come by one of the clock and continue until five….”.

However, Copland had to travel to London periodically, concerning a protracted court case between the School Governors and the executors of Grindal’s will. On his visits, he apparently dallied in London, and after a second reprimand from the the Governors for for staying too long away from the School, he resigned in 1593.

He was succeeded by William Briscoe, who inherited some of the trouble that beset Copland. Briscoe was also obliged to travel to London in connection with this case, and it took much of his time. After a tenure punctuated by court actions, Brisco resigned, and in 1612 William Lickbarrow was appointed. Lickbarrow appears to have been an enterprising character, and gave the Governors a good deal of trouble. He was accused of using the pupils as unpaid labour for his various commercial activities such as farming, mining and brewing. There were also complaints that the Governors and the Schoolmaster had let the school run downhill, and at one point the governors had not met for two years.

The appointment of Francis Radcliffe in 1630 ushered in a new regime of growth and prosperity. Amongst his pupils were Thomas Lamplugh, the future Bishop of Exeter, and Joseph Williamson, who as Sir Joseph, was President of the Royal Society. Radcliffe served for 48 years, and after two relatively short-term headmasters, Richard Gilpin, and Jonathan Banks, we find Richard Jackson being appointed in 1686. Jackson outdid Radcliffe’s long tenure by staying in the job for 52 years! His long career including the turbulent times of the 1715 Jacobite rising. Jackson himself was for King James, who fled the country in 1688. There is an account of Jackson foolishly expressing his sympathy for King James in the presence of a Lt-Col of Dragoons in a village public house. For this he was brought before one of the Governors, a magistrate, and severely reprimanded. Jacobite sentiment must have lived on, as it is said some of pupils and the School Usher joined the 1745 rising. Jackson was appointed Vicar of St. Bees in 1704.

The 1700’s saw standards at the School gradually rise, and a number of eminent people received their early education there. However it remained virtually the same size until the the 1800’s, when a series of events promoted it into the ranks of the new “Public Schools” of England. 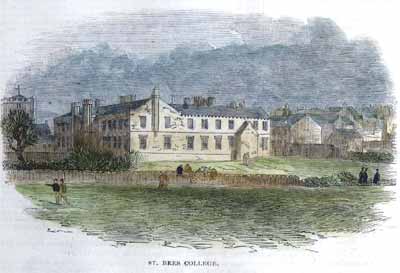 This engraving is from the arrival of the railway in 1849. The School had just undergone its first major expansion in 250 years, and the rail link meant that pupils could easily attend from further away, leading to an increase in boarders.

Further mineral royalties continued to be paid to the School, and when it was announced by the educational Commissioners that St. Bees would become a “Second Grade” school, inferior to Carlisle Grammar, action was taken. In 1879 a new scheme to expand the School was published. The School would drop the word “Grammar” from its title, and there would be an ambitious programme of building.The Headmaster’s house and School House were built in 1886 and two years later the Station Hotel, as it then was, became an additional boarding house, known as Grindal House after the founder. Building continued apace with the Gymnasium in 1899, the Chapel and Science Block in 1907, and the art rooms in 1910. This was a time of growth for the School and by 1912 the numbers were above 300. Two notable headmasters of this era were the Rev Newbold and Canon Sawyer; the latter seeing the school numbers at their highest to that date. 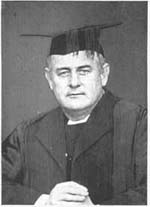 In 1903 the cadets Corps was formed, and this was to foreshadow the tremendous sacrifice that the School made in the First World War. 184 Old St. Beghians, including four masters, gave their lives, and over 250 were wounded or incapacitated. Three VC’s were awarded, the most notable being to W Leefe-Robinson, who was the first to shoot down a Zepplin from a plane, which he did at night – with no instruments.

There is a comprehensive account of the St. Bees School dead in the First World War in the 152-page book “Roll of Honour and Record of Service” compiled by J W Aldous and published by the “Old St. Beghians Club” of St. Bees School in 1921.

The School Chapel The Chapel was built in 1907 to a design by Paley and Austin of Lancaster in a free Perpendicular style.

The 1920’s saw no significant expansion of the School, and, following a national trend, in the mid 1930’s the numbers of boys dropped alarmingly, so that by 1938 negotiations were being held with the Cumberland County Council to bring the School into the State scheme of secondary education. The Old St. Beghians Club mounted a campaign which resulted in enough funds being raised to allow the School to continue, under a plan approved by the Board of Education. The School was saved for while, and while the clouds of war were gathering, help was at hand. In 1939, at the outbreak of war, Mill Hill School was evacuated to St. Bees. They were able to occupy the spare boarding accommodation and share the facilities of St. Bees School, and numbers also rose at St. Bees as pupils were moved from schools in the South. This relieved the financial pressure on St. Bees School, and the School finished the War with the prospect of a new future.

The post-war history has been story of continual growth and improvement in a changing educational world. In the 1950s the fine Memorial Hall was built, in memory of those who lost their lives in the Second World War, followed by a large Science Block on Wood Lonning. Later the Abbots Court Hotel became a boarding house, and in the last two decades a large Sports Hall and the “Whitelaw” Business Management Centre have been added to the School’s facilities, and the “Bill Fox” music centre has been created at Barony House.

Perhaps the biggest change was the admission of girls in the 1970’s. This led to the aquisition of much of Lonsdale Terrace in the Village, and the establishment there of two girl’s Houses – “Bega” and “Lonsdale”. 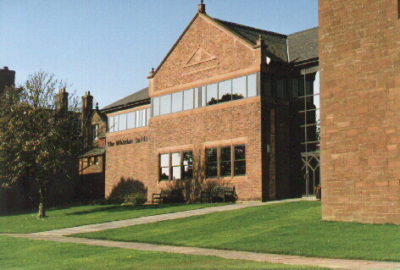 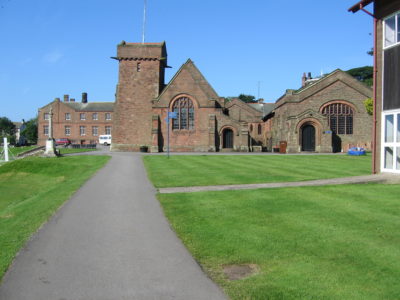