We, at St Bees, are fortunate in possessing a celebrated “pealing organ”, the work of the famous London organ-builder “Father Henry Willis”, and now one hundred and three years old. Below it are the choir stalls for the – hopefully – “full-voiced choir”.

“When I began as organist here, almost half a century ago, this choir was made up of men and boys only, no ladies or girls being considered, and this remained the case for a good many years. In those days a number of the men had been in the choir from boyhood, and, when their treble voices had broken, had “graduated” into the tenor and bass sections of the choir. There, year in, year out, save for occasional holidays, or illness (rare), they attended each service, which meant two on a Sunday, plus a week-day practice, and occasional services at the “outstations” of Nethertown and Sandwith. Harvest and Christmas services at those places were followed by “bean feasts” of joyful memory – very popular with the boys.

As years went by it became increasingly difficult to recruit boys, so it was decided to break with tradition and to establish a mixed choir of male and female voices and this has been so ever since.

Organs, by their nature, remain unchangeable year after year, but a choir, made up of human beings, has change built into it. It is happily rare for older members to retire unless obliged to do so from ill health, but young singers leave to go to university or move away for other reasons to pastures new and it is often not easy to replace them. So we have an ongoing ebb and flow in young membership. Nevertheless, the sung statutory services are still led from the choir stalls as they have been from times long past, while ever above the choristers the carved angel figures on the organ case: Their loud uplifted trumpets blow …..” 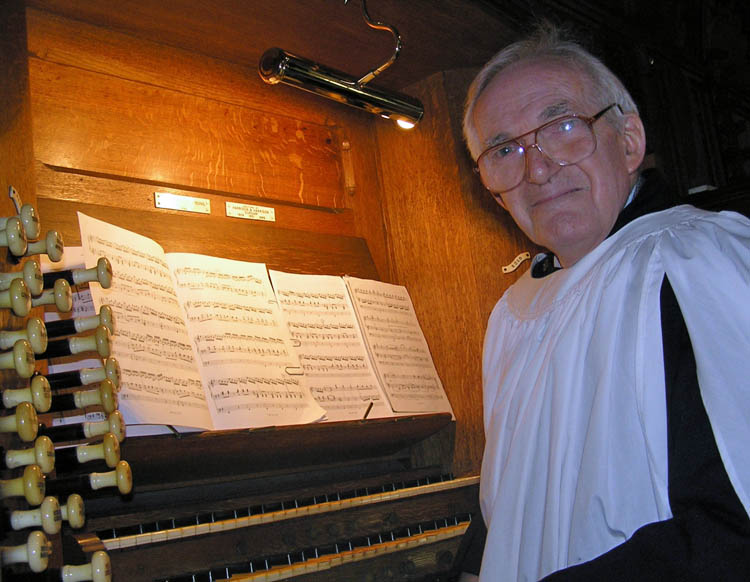