What the Council does

The present day powers and functions of parish councils spring from over 100 years of legislation. In addition, the 1972 Local Government Act gave councils greater powers, which includes support of activities that are “beneficial to the community”.

A good example of joint co-co-operation to improve road safety.

The Pow Beck pedestrian bridge came about in the 1980’s as a result of the Parish Council initiative to improve road safety at Pow Beck bridge. The galvanised steel bridge was donated, and the council was instrumental in organising funding and logistics in a joint project with St. Bees School and the County Council. 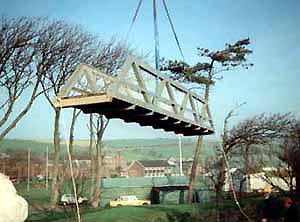 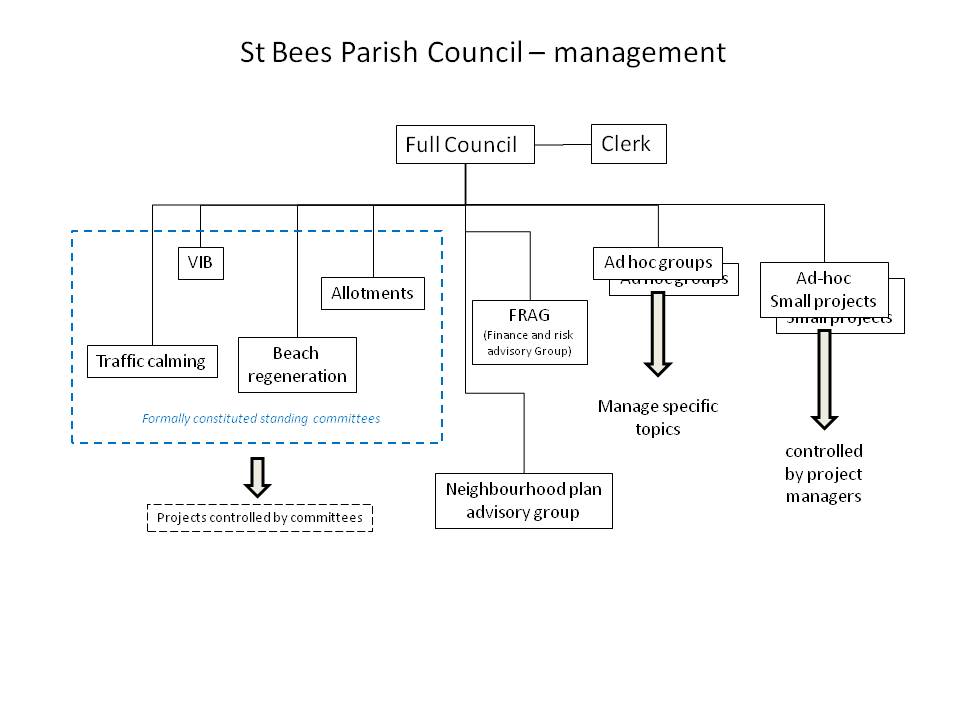 Management of the council

The following are currently specific activities of the Parish Council:

Beach play area and thge Village School field equipment is owned and maintained by the PC.

Ongoing schemes under way with the County Council; this has been actively pusued for over 25 years, and is being gradually implemented. Narrow or non-existent pavements is part of the problem, and part of PC policy is to improve the village streets for pedestrian and disabled access.

The Beck Edge Garden and Brownrigg lonning at the Station, and the car parking area at Seamill Foreshore are owned and maintained by the PC.

The PC has representatives on the Village School Governors, the Adams Recreation Ground committee, the Shepherd’s and Whitehead Charity, the Cumbria Association of Local Councils, and sends an official observer to the Sellafield Local Liaison Committee

The Council is a member of FLAG (Furness Line Action Group) and is active in supporting the maintenance and improvement of public transport links both bus and rail.

Under the 1972 T&CP Act the PC has registered the right to be consulted on all development planning applications submitted to Copeland BC within the Parish Boundaries. These are discussed monthly, and site meetings are held for some applications. The PC does not have decision-making powers on applications, but their view has to be taken into account. The PC has long taken an active interest in planned development of the village, and contributed to the first village development plan in 1976.

Seats -The many seats around the village are owned and maintained by the PC.

Parish Paths. The PC keeps the all the paths clear of encroaching undergrowth and reports any problems with fencing or access to the statutory body, the County Council. The PC has published a series of illustrated guides to the parish paths, and actively pursues the establishment of new paths and bridleways.

Common land – The PC Looks after the the Common lands at Outrigg and Rottington. These are the residual areas left after the great enclosures of the 1800’s, and are public property

Street lighting – This is the responsibility of Copeland BC. The PC

General highways condition – This is the responsibility of Cumbria CC, and again the PC lobbies for prompt and effective response on drains, subsidence, potholes, signing, dangerous features, etc.

Apart from the specific issues above the council is routinely involved in discussions on many matters with the County and Borough Councils, the Police, and other bodies. Here is a recent sample……

This shows the funding relationships of the three tiers of local government.

The funding diagram does not represent the hierachy of decision making or power. St Bees parish council is a corporate body set up by satute which is responsible only to the electrorate of St Bees Civil parish.

The Parish Council is funded by the “Parish Precept”, which is taken out of the Council Tax levied by Copeland Borough Council. The Parish Council has the same status and powers as the “Town Councils” of larger towns.

Matters for County and District Councils

Roads are are looked after by Cumbria County Council

For quick attention to problems, ring the 24 hour hotline: 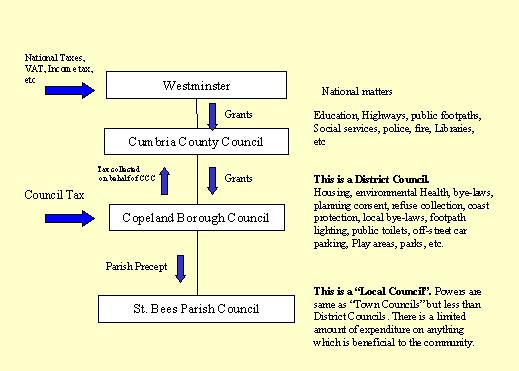