Josefina de Vasconcellos was born in 1904, the only child of a Brazilian Diplomat, Hippolyta de Vasconcellas, and Freda Coleman, who came from an English Quaker family. She is a younger contemporary of Barbara Hepworth and Henry Moore, and after the First World War she studied at the Regent Street Polytechnic, then in Paris and Florence. She has lived since the 1930’s in Cumbria.

Her best-known work is “Reconciliation”, which has various versions in the Hiroshima peace park, Coventry Cathedral, on the site of the Berlin Wall, and Stormont Castle. 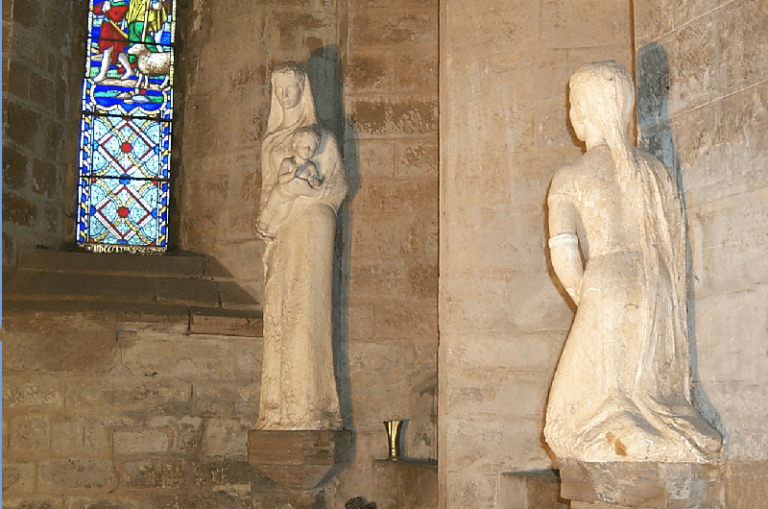 The “Vision of St. Bega” was unveiled on 6th September 1955. The work consists of two sculptures. On the right is the kneeling figure of St. Bega, and on the left is the Virgin and Child. 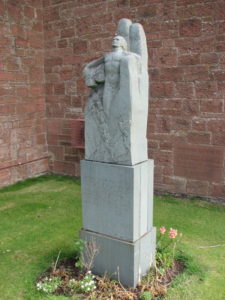 Carved from Green Buttermere slate, this two metre high sculpture was executed by Josefina de Vasconcellos in the early 1950’s, and is sited next to the entrance of the Memorial Hall at St. Bees School. The Hall was erected in memory of those former pupils and staff of St. Bees School who gave their lives in the Second World War. 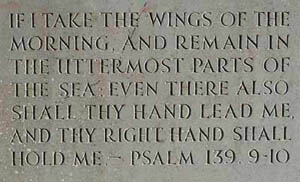 Close up of sculpture above pedestal 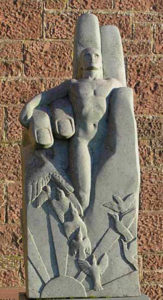 Colin Telfer worked at the West Cumbrian pits for 20 years. He was a winder/engine man working on the pit top, with experience at Risehow, Lowca and Solway collieries, and he also worked for a time at Distington Engineering at Workington.

After being made redundant, he enrolled on a two-year course at Carlisle art college – now the Cumbria Institute – to retrain as a sign-writer. While there he started to play around with clay and soon developed his own ideas, making small mining sculptures using coal dust.

About 15 years ago he received his first major contract at Egremont and has been sculpting ever since. Most of his work is made from a mixture of iron ore dust from Florence Mine in Egremont, and resin. Others also include slate or coal.

Colin’s figures start life as a wooden framework, covered in foam filler, then clay which he buys from Wetheriggs Pottery. They are sanded, rubbed down with wire wool then finished with Colin’s own-recipe coating mixture which contains graphite and slate powder and polishes up to a gleaming finish.

In 2000, as one of the St Bees village Millennium projects, a sculpture was commissioned from Colin Telfer. This was to be of Bega arriving in her small boat from Ireland. This was placed in the Beck Edge garden by the railway station. A time capsule was placed in the base. The shot above shows the sculpture shortly after unveiling. 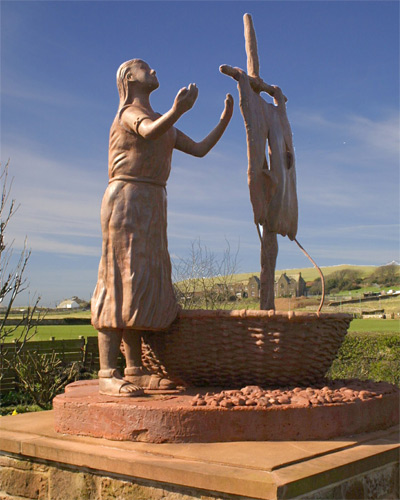