St Bees Head is the closest part of the English mainland to the Isle of Man, so it was logical that when a telegraph cable was laid from the island, it should come ashore at St. Bees.

The first cable was laid from Ramsey in 1859 by the Isle of Man Telegraph Company and was 36 nautical miles long.

At the St Bees end the cable terminated in the telegraph hut shown above and the lines then went overhead to the railway station, where they connected to the English telegraph system. To cope with increased traffic, two more cables were laid, in 1875 and 1885. The installation was taken over by the GPO in 1870.

The cables are no longer used and the hut is long gone, but sections of the cables can still be seen on the beach when the sand shifts after a storm.

Not only was this the shortest distance, but St. Bees had a large sandy beach which would allow easy burying of the cable in the inter-tidal area, and there was access to the national telegraph network at St. Bees railway station. 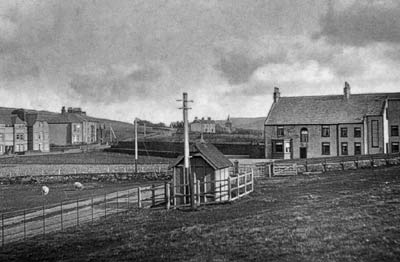 The Telegraph Hut at the Seacote Beach

The white poles carrying the telegraph lines to the station can be easily seen.

The large pole on the right is carrying domestic telegraph wires from the railway station, to the telegraph office at 22 Main Street.

The local wires and those from the IOM were connected at the signal box into the main English network, which would be carried on the trackside poles, one of which can be seen on the left of the signal box 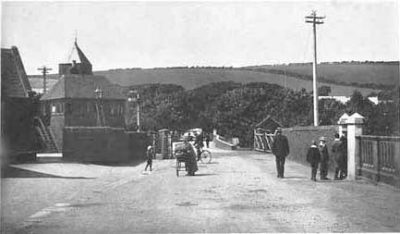 The telegraph office was at 22 Main Street, and had a large pole sticking out of the roof, which can be seen here.

It later also became the telephone exchange. The “Bell” advertising sign can be seen by the doorway. 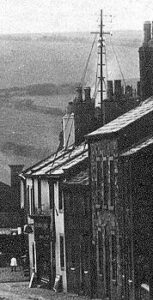 The other end of the cables at Port Cornaa near Ramsey in the Isle of Man.

Today the cable hut’s a rather nice beach house. 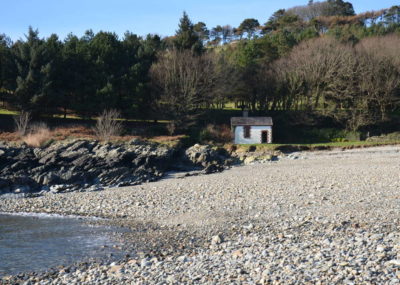 Images of the cable on St Bees beach 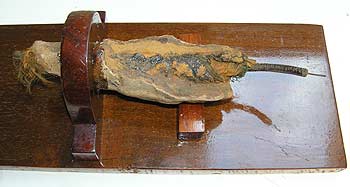 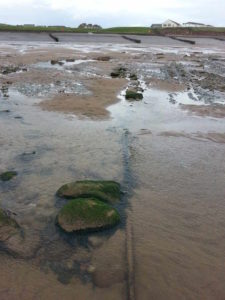 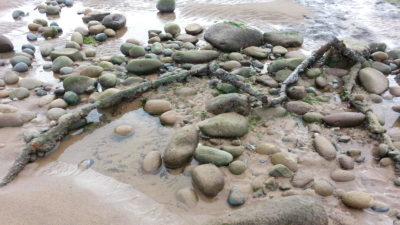