Although the Normans invaded southern England in 1066, it was not until 1092 that they controlled West Cumbria. William de Meschines was the first Norman Lord of Egremont, and he decided to found a Benedictine priory for six monks and a prior at the main existing religious site in the area, at St Bees.

From charter evidence the Priory was founded between 1120 and 1135 though it’s thought from the wording that it was early in this period. It was dedicated by Archbishop Thurstan, and was a subsidiary of the great abbey of St. Mary at York. The main dedication was to St. Mary, but it had a chapel dedicated to St. Bega, possibly a concession to the existing church.

At its foundation the Priory received many grants of land and property. The foundation charter says “I, William, son of Ranulf to all … greetings …I have given to God and to St Mary and to the holy virgin Bega for the salvation of myself and of my wife and of my sons and of my parents, six carucates of land in Kirkby and … the manor which William the Bowman had….” It also says that Waldeve, lord of Allerdale, granted the manor of Stainburn; Ketel gave Preston (the land north of Pow Beck), and Reiner, two oxgangs of land in Rottington. William Meschin added the church of Kirkby and its parish, “from Whitehaven to the river Keekle, and as the Keekle falls into the Egre (Ehen), and as the Egre flows to the sea.” Notably the present-day civil parish only lost the Keekle portion in 2010. 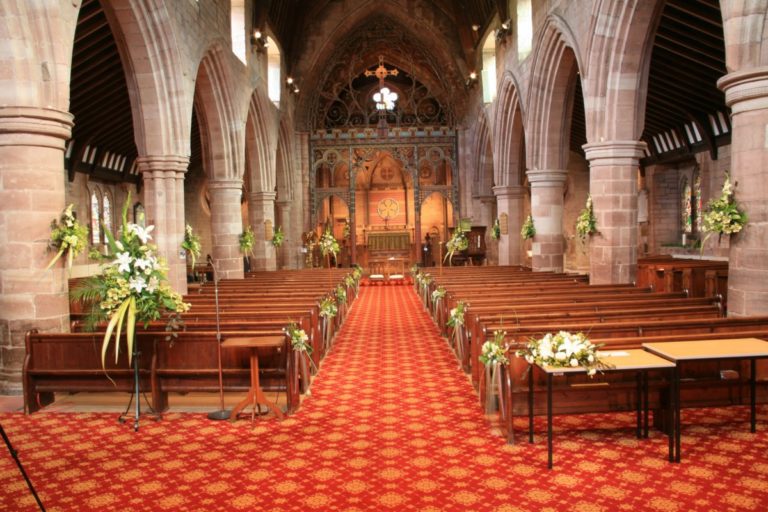 Nothing exists of the Pre-Norman church, and what you see today is the Norman layout, with various additions and restorations. The west end and door, the Bega chapel and the base of the tower are original Norman. The Bega chapel is the most complete Norman area.

The nave pillars are mostly late Norman  but  the arches are later. The  theory is that sinking of the tower pushed the pillars and original arches westward until they had to be rebuilt. However, for some curious reason they retained nearly all the old pillars, complete with their considerable leans. Two pillars have been rebuilt. The fluted pillar on the North side, probably at the time when the new arches were built, and the east pillar on the south side, rebuilt vertically  in about 1870.

Various grants of land were made by local lords throughout the life of the priory. The Priory even gained property in the Isle of Man and at Neddrum in Ireland and the Prior was one of the eight spiritual barons of the Isle of Man. The Priory was also given the churches of Workington, Gosforth, Corney, Bootle, Whitbeck and Whicham, the chapels of Harrington, Clifton, Loweswater, and the chapel and tithes of Weddicar. The influence of the Priory thus stretched throughout West Cumbria.

The ecclesiastical jurisdiction of the Priory covered much of the Western Lakes, stretching to Eskdale, Ennerdale, Loweswater and Wasdale. For many of these outlying parishes, burials had to be conducted at St. Bees and several “Coffin roads” led to the Priory

It was also an important place for the local lords and their families, some of who enlarged the priory. In 1190 a new chancel was added at the east end, and about 1270-1300 a large chancel aisle was added to the south. These would have been built by rich local families. It is nearly certain the chancel aisle was built by the de Lucy family, Lords of Egremont, as both Maud de Lucy and Anthony de Lucy (the “St Bees Man“, died 1368) are buried in the central vault.

The Lapidarium in the south aisle contains one of the best collections of medieval sculpture in Cumbria. This is testimony to importance of the site in the eyes of the rich and powerful of Copeland. 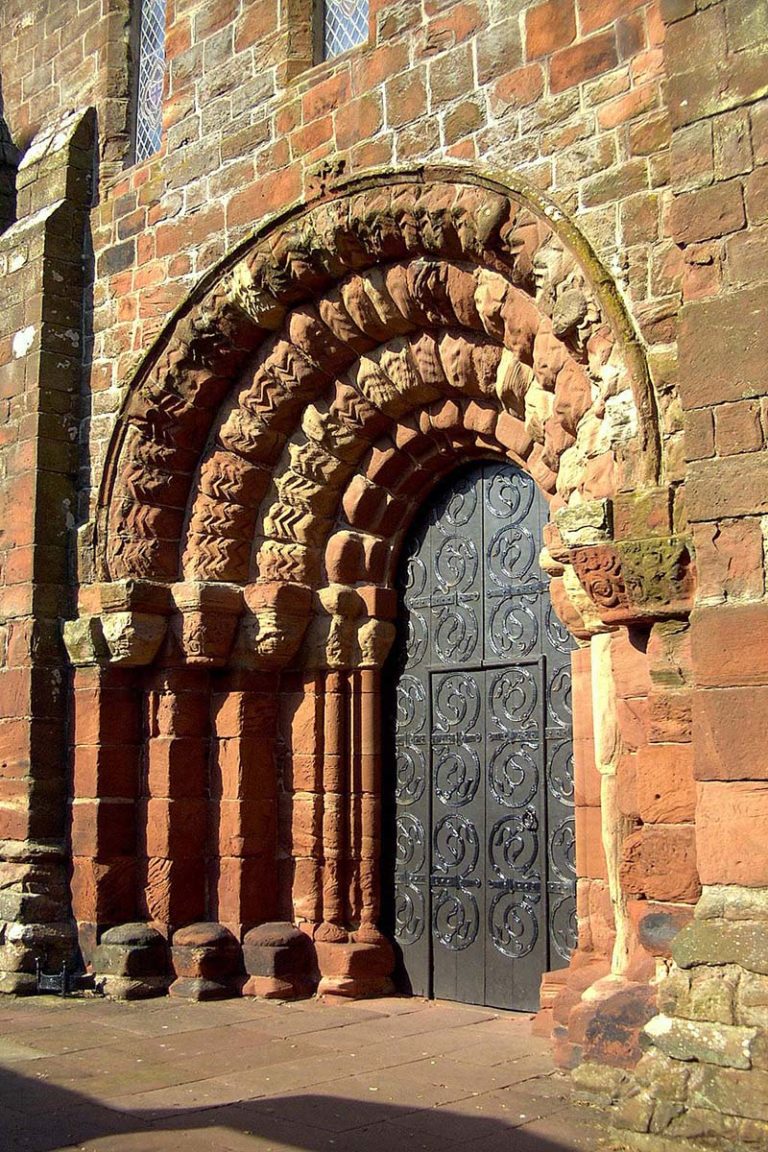 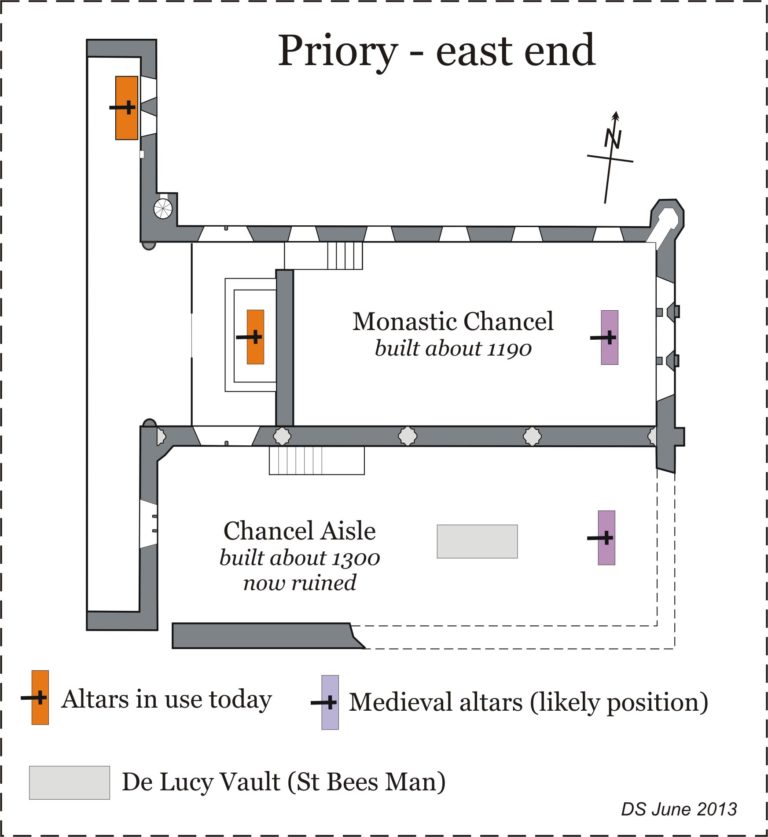 At its most active, in the 14th century, the Priory had an extensive range of monastic buildings which would have included the cloister and chapter house adjoining the south side of the Priory, a gatehouse, and the monk’s infirmary in the meadow to the south.

In comparison with the other monastic houses in the county, St. Bees was wealthy, ranking in revenues only after Holmcultram and Carlisle. In 1291 its income was valued at £66 13s. 4d., and in 1535 at £149 19s. 6d. However the Priory was close enough to the border to suffer occasional raids. It was raided in 1315 by the Scots, and it may have been at this time that the “Bracelet of St. Bega”, on which oaths were sworn, was lost.