The discovery in 1981 of the almost perfectly preserved body of a medieval knight, now known as ” St Bees Man”, was one of the most extraordinary archaeological burial finds in Britain in the late 20th century.

The discovery was made in a ruined chancel aisle of St Bees Priory by archaeologists from Leicester University during a dig organised by St Bees residents and historians John & Mary Todd.

The dig was searching for evidence of a pre-Norman church. What they found were many monastic and secular burials, and a large stone vault. The vault was carefully excavated and revealed a skeleton of a woman and large lead coffin (see right).

The archeologists expected a skeleton in the coffin, but it revealed a body wrapped in a shroud. It seemed to have been soaked in a resinous material and it was tied neatly with cord like a parcel. No medieval body had been found like this in modern times!

In 2014 a full length documentary was made and this is regularly screened on Yesterday TV. The program is one of the Mediaeval Dead series – A knight of St Bees.

There is an extensive history display in the Priory where the St Bees Man story is told and the shroud can be seen.

Discovery of the body 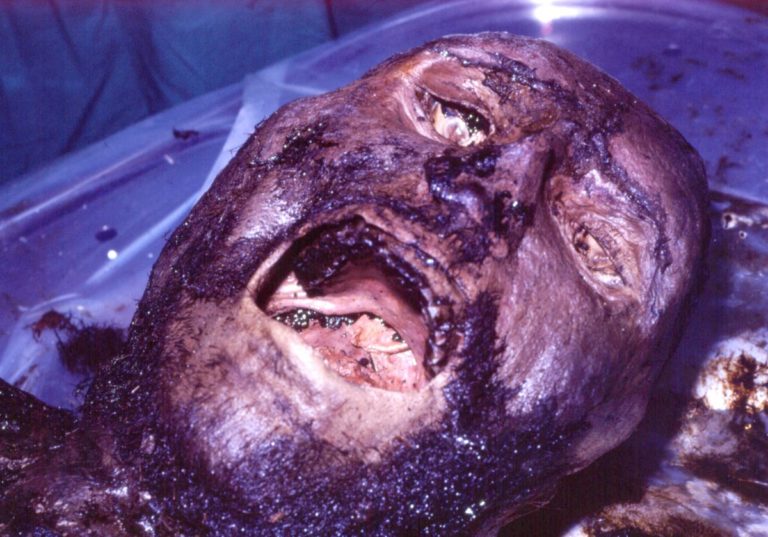 The Face of St Bees Man