In 1939, Mill Hill School, from North London,
was evacuated to St. Bees for the duration of the Second World War.

This page records those days

“Mill Hill has been particularly fortunate in being evacuated to the site of another school. Not only were we able to make use of many of the St. Bees School buildings but there were, in the village, two school boarding houses which St. Bees School can no longer use and which suited our demands admirably. These are Tomlin and Grindal. Tomlin, normally the St. Bees Preparatory School, now houses Winterstoke, while Grindal, once the largest of the St. Bees houses, accommodates Collinson and a part of Burton Bank. Ridgeway is installed in Seacroft, the private house of Mr. J. Kenworthy, a well-known local artist, and the remainder of Burton Bank is at Eaglesfield, formally another prep. school.” So reads the Mill Hill school magazine in October 1939. 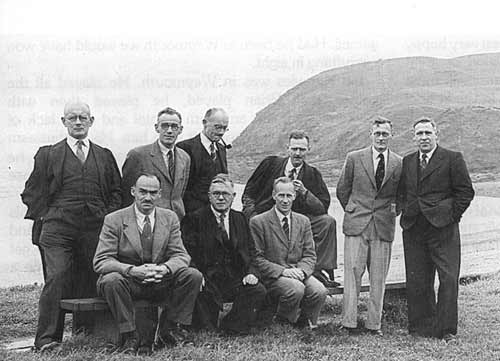 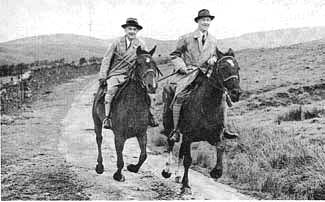 Mill Hill School was taken over as a military hospital on the outbreak of the Second World War, and the school was evacuated to St. Bees, where they remained until the end of the War in 1945. The Evacuation had been pre-planned at the time of the Munich Crisis in 1938, and the it was through the efforts of Jimmy MacGowan, who came from a West Cumberland family and had attended Mill Hill, that the arrangements were made. (Some of the Mill Hill masters line up for a group photo at the Seacote beach. The masters soon established their “Common room” in the bar of the Queen’s Hotel). 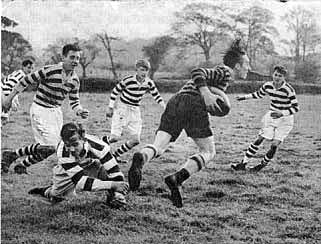 Rugby against Egremont in October 1939. An Egremont player escapes from a Mill Hill tackle.

About 250 Boys and staff arrived on the evening of Friday 22nd September at St. Bees railway station and marched in the black-out to a variety of locations in the village. In the morning they woke up to find they were in a schoolboy’s heaven. The open spaces, the beach, the fells, the Head, and the distance from parents, was all a dream come true. Mrs Ada Dodding, a well- known resident of St. Bees, came with them as a house-maid. Interviewed in the the 1990’s she said ” We arrived in darkness, but in the morning I opened the curtains and there was the sea! I knew I was going to stay here”. She did, for the next 50 years.

The school soon settled into a routine, with rugby matches against local teams; they lost 7-5 against Egremont. There was a dramatic rescue of ten boys who had been cut off by the tide round Tomlin. Two boys had swum over a mile to fetch help. A master swam back round and helped them to a safe ledge, from which they were rescued.

The school was quartered around the village with Seacote hotel being the centre, and the ballroom acting as the school dining room. Because of this, Mill Hill became more integrated with the community than St. Bees School, for whom most of the village was out of bounds. 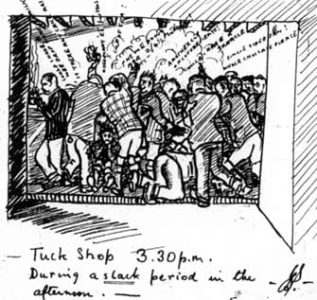 A slack time at the Tuck Shop 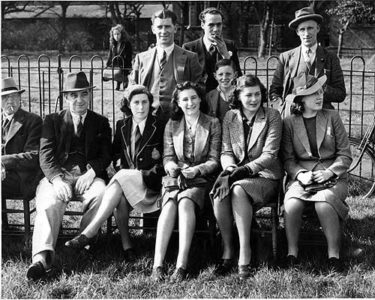 Spectators at a rugby match 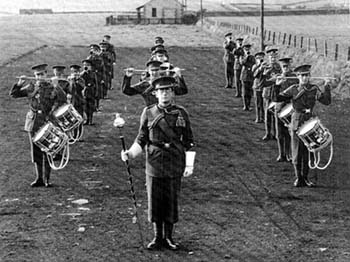 The “Tuck shop” run by Mrs Mid – Jack Middleton’s wife, was a major part of school life. David Smith, writing in 1987 says, “More than 500 Millhillians spent all or part of their school lives at St. Bees, and many of them will remember the honoured name of Mrs Middleton who ran the school tuck shop. Hers was a wonderfully comforting presence to many homesick boys, and not a few sixth formers will recall with pleasure the adult hospitality extended to them by Mrs Mid and her Husband Jack in their home at 38 Main Street.” 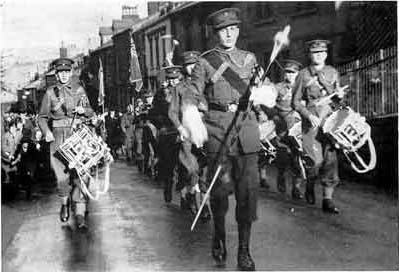 Mill Hill School cadet Corps of drums band leads the “Wings for Victory” parade up the the Main Street in 1942.Close behind can be seen the banners of the St. Bees British Legion. Drum major is George K McNeil

fter Dunkirk the threat of invasion was real and the formation of the LDV (“Look Duck and Vanish”) later to become the Home Guard, was big feature of the older pupil’s lives. The Village, St. Bees School and Mill Hill School all contributed manpower, and on May 30th Mill Hill first mounted guard. The St. Bees Home Guard was probably one of the best equipped in the County, having the peacetime arsenal of the two school’s Cadet Corps to call upon when other parishes had only pitchforks. Mill Hill boys were allowed to do night duty, and missed morning lessons to sleep in. One trigger-happy night a nervous private thought they heard something and one shot led to another, until the beach was strafed by merciless fire. Other incidents include the unintentional demolition of a chicken shed by a “Blacker Bombard” mortar, and a major coastal alert when a too-realistic dummy german aeroplane was placed on Tomlin as part of an exercise.

Gordon Wren remembers: “We had a very good Corps of Drums, and when I joined them in 1941 John Methven, Later Sir John and Director General of the CBI, was the Drum Major. I still have the Band Attendance to prove it! I joined as a junior drummer, but soon realised that I had a natural ability to play, and with instruction from Mr Crouch, soon became leading drummer, a position I held right up to my last term in 1944, when as a small bonus I was promoted Drum Major. My heart though was always with the drummers. Apart from leading the Corps, we were in demand locally for a number of parades. Remembrance Day, Spitfire Sunday, and Wings for Victory Day were three I remember, taking place in St. Bees, Workington, and Cleator Moor.”

Mill Hill returned to their north London home for the autumn 1945 term. 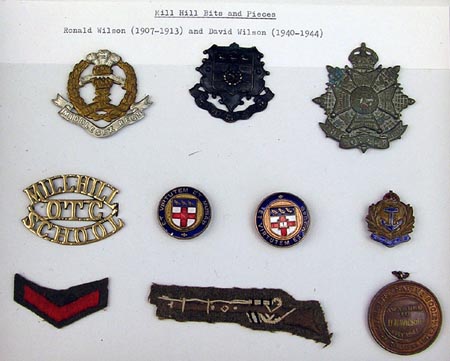