History of the Railway

The railway through St Bees was opened on 1 June 1849 and the station opened in July 1849. The station was very conveniently sitiated at the bottom of the Main Street. The present imposing stone station building was built in 1860.

In 1848 Canon Richard Parkinson, Vicar of St Bees and Principal of the Theological College wrote in his diary: “November 8th., 1848. The Railway-whistle heard for the first time in this quiet valley. Its peace is gone!”

Later, on 12 February 1849 he records, “Ash Wednesday. Good congregation. The first train of coal wagons on this day (dies cinerum)” [Latin for Day of Ashes] “went on the railway to Braystones”. Although deploring the end of the valley’s peace, Parkinson travelled on the ceremonial train when the line was opened as far as Ravenglass in 1849.

Two immediate effects were the ease of transporting passengers and goods, as the railway opened the village up to easy access without the difficulty of the steep roads up the valley sides.

It was now easy to export the fine St Bees red sandstone. Huge tonnages were quarried, much of it for building Barrow-in-Furness. This was transported from the quarries on Outrigg to the railway station, and the main street had to be re-graded to handle this traffic.

The railway also attracted the professional classes commuting to Whitehaven, and this led to the building of many of the larger houses. The railway brought tourists for the first time, who previously had to travel by steam packet to Whitehaven or take the coach, and in 1851 we find the Lord Mayor of London holidaying at the Seacote Hotel. 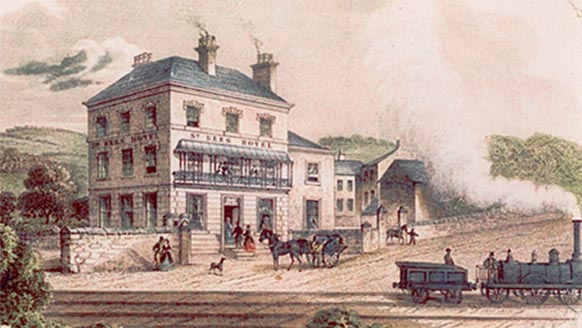 St Bees had for a while the distinction having two railway stations. The St Bees Golf Halt was provided about a mile south of the village to cater for golfers visiting the old course, which was then between St Bees and Coulderton. From 1914 Golfers could halt a train by operation of a signal provided. It was to be “held at ‘Danger’ by passengers when required”. The Golf course is now on the sea brows adjoining St Bees bay between Seamill and Seacote beaches, and the halt was removed many years ago.

Mineral traffic became very heavy and in 1891 the present signal box was built to meet the heavy traffic demands of that time. The level crossing is controlled by the signalman. There was a goods yard which was heavily used for the stone traffic from the sandstone quarries at St Bees in the late 19th and early 20th centuries. It also handled the traffic from Walker’s scone flour works and pickle factory, and the luggage traffic at term ends for St Bees School. This is now a public car park. 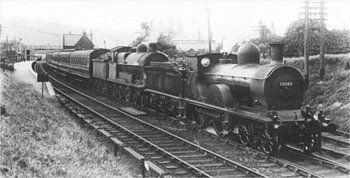