At the Seacote end of our beach, just off the Head, is evidence of one of last century’s shipwrecks. Two boilers from a steamship can be seen when the tide is low – and when it is very low, the keel and some ironwork as well.

These are all that is left of a Spanish steamship, the “Izaro”. She was taking iron ore to Maryport when, one night in 1907, she lost her way in thick fog. She crashed into the rocks just below Tomlin – fortunately so high up that her crew could scramble to safety.

When the tide went down they could see that the ship’s prow and stern were lodged upon the rocks. There was nothing, though, under her amidships.

Soon the weight of the cargo caused the unsupported hull to split. There was no hope of refloating the “Izaro” in that

condition, and so her cargo was taken off in flat-bottomed barges which could be brought in close to the shore. By the time this was finished the ship had broken in two.

Her presence on our rocks brought many sightseers to the village. We have no idea who this lady is.

For several more weeks workmen toiled over the “Izaro”, salvaging much of her metal for scrap, What was left was dragged back into the sea.

When the “Izaro” first hit the rocks her crew abandoned her. They re-boarded her, however, when it seemed she might be refioated. After three days it was clear she was going to break up, and the crew left her again to camp on the rocks.

This photograph was made into a postcard which was sold around the district. Its caption says “CREW OF S’SHIP IZARO WRECKED ON TOMLIN ROCK ST. BEES MAY 07′”. This seems a very large crew for so small a vessel and the picture may include some salvage men as well. 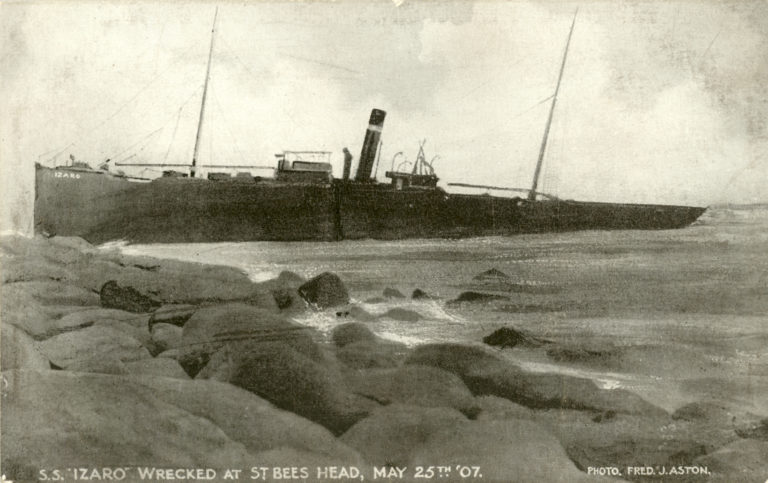 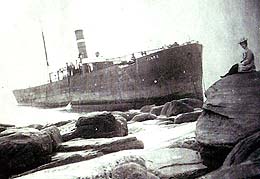 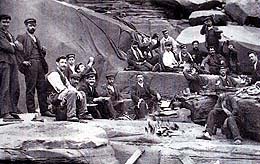 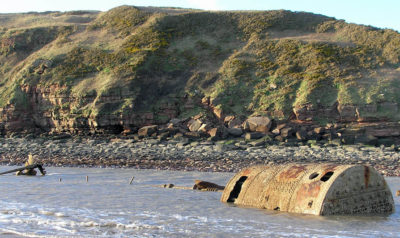