On Christmas Day, 1901, a man’s body was found on the beach. There was nothing to identify him, so a description was put in the papers in the hope that he would be recognised. Meanwhile he was given a funeral here, and entered in the records as “Unknown man washed up on the shore”. A second unknown man, found on the following day, was buried next to him.

Before long a letter arrived from Cornwall. It was from the eldest daughter of William Carter Ivey, who had recognised her father from the description. “Our dear father”, she wrote, “has left a wife and eight children”. She explained that he had been the Captain of the Cornish schooner “W.R.T. of Truro”, and she named the other two members of his crew – the second of whom was found at Drigg shortly afterwards. Their ship had foundered on December 21st, drowning all three.

Captain Ivey’s clothes, including his “flannel drawers, hemmed in blue”, were duly posted to his widow in Cornwall. So were the four pounds thirteen shillings and seven pence, and the three one-penny postage stamps, which were found in his pockets.

Later his grave was marked by an imposing headstone. It still stands in our churchyard today, though with the passing of the years its inscription is becoming hard to read.

Who was drowned off the
Selker Lightship
December 21st

Washed ashore at Nethertown
and interred here on the
28th, 1901
Aged 52 Years

Had he asked us, well we know
We would have prayed O spare this blow
Yes, with streaming eyes should pray
Lord, we love him, let him stay. 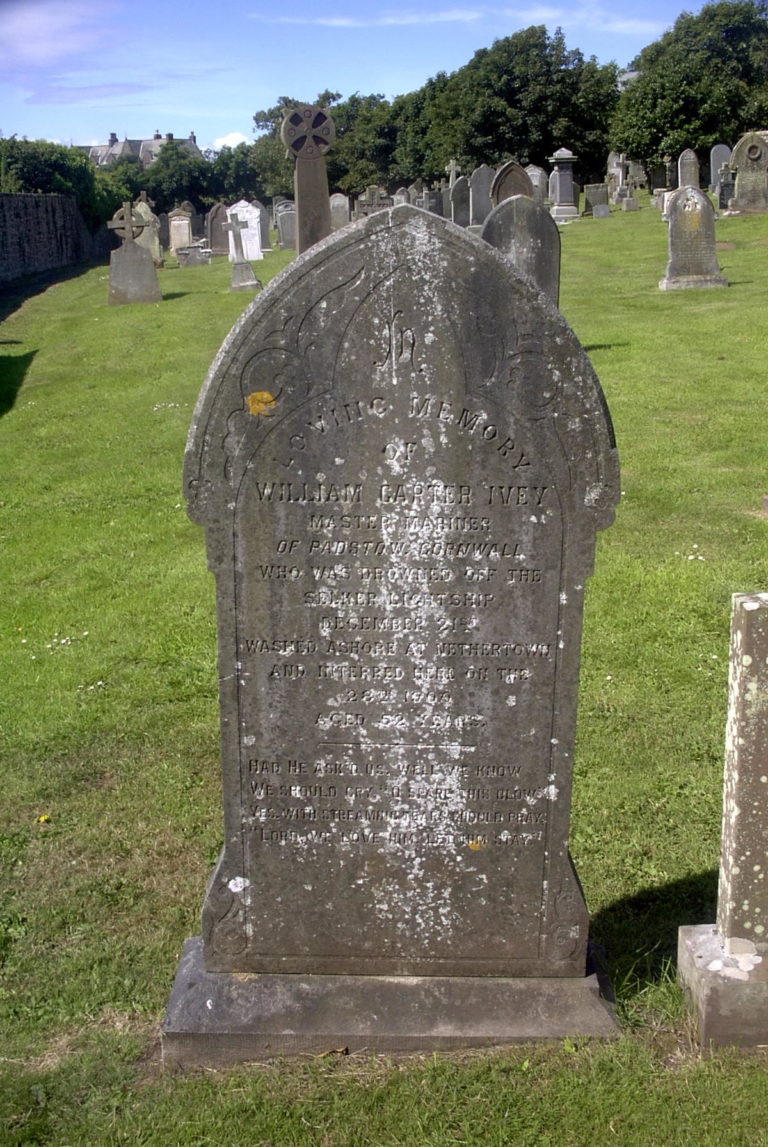