The beginnings of the College

Since the dissolution of St. Bees Priory in 1539, the fabric of the buildings had suffered badly and the Priory had become a shadow of its former self. Gone were most of the monastic buildings, and the monastic chancel stood roofless. Only the nave remained in use as the parish church.

The death in 1815 of the Vicar, Rev. Harrison, occurred at a crucial time. St. Bees was at that time in the Diocese of Chester, and its energetic Diocesan Bishop, George Henry Law, had a problem with a shortage of good clergy to work in his parishes in the rapidly growing industrial areas of Lancashire. This was the powerhouse of the Industrial Revolution, and the increase in population had placed a heavy demand on clergy. The Church of England was not equipped to meet this challenge, and Law sought to provide his own solution.

The existing system of training and appointing clergy was archaic and unsatisfactory. The bishops ordained clergy usually on the strength of a degree from Oxford of Cambridge, or the candidate having been tutored individually by a clergyman. A candidate could get a BA in Classics and Mathematics, and with just a little supplemental theological study, could apply to a bishop for ordination. Individual tutoring could be variable and was to no reliable standard. In short, no properly regulated system existed for the training of clergy to be parish priests.

Bishop Law had good connections with Cumbria; his father had been Bishop of Carlisle, and he had married into a Cumbrian family. It was during a visit to Whitehaven in 1816 that he met the influential Lowther family, and a plan was discussed to found a theological college at St. Bees. How did this come about?

The Lowthers had become very rich through their extensive coal mines in Whitehaven, but were now in a difficult position. In 1742 Sir James Lowther had manipulated the Governors of St. Bees School to lease the mineral rights of Whitehaven for a derisory amount to the Lowthers. This was now coming to light, mainly through the efforts of the Rev W Wilson, Headmaster of St. Bees School. Unfortunately, word of Wilson’s investigations got back to the Lowthers, who had him sacked in 1816. But the story was out, the Lowthers were shown in a bad light, and there was the possibility of court action by St. Bees School. Bishop Law’s visit was opportune. He must have mentioned his problems with a shortage of good clergy, and his idea of setting up a training college somewhere in the Diocese. Whilst they had hitherto shown scant regard for the welfare of St. Bees, here was a golden opportunity for the Lowthers to retrieve their damaged reputation.

The Lowthers offered to restore the ruined Chancel of the monastic church to house the College, and donated land for a vicarage. Under the curious system of patronage the Lowthers had the right to appoint the new vicar, but they offered to Bishop Law the choice of the new parish priest, who would also be Principal of the new college. Law grasped this opportunity, and so was born St. Bees Theological College. This would be a pioneering institution; the first Church of England College for the training of Clergy outside the universities of Oxford and Cambridge. 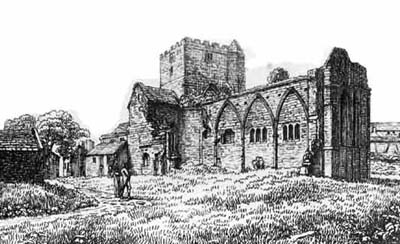 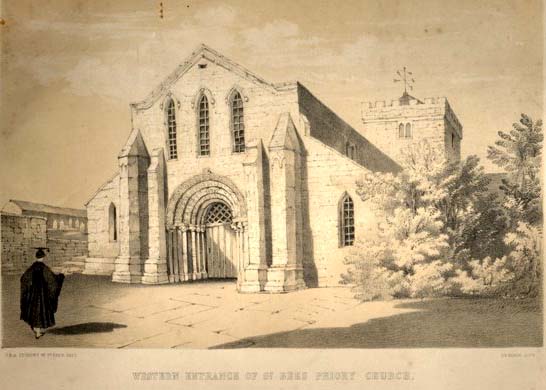